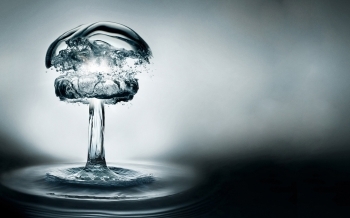 Apple pectin is a dietary fiber supplement that is often used to maintain powerful digestive health. It is also known as fruit pectin. Purchased in powder form, apple pectin becomes a gelatinous, or jelly-like, substance when wet. Many people are familiar with apple pectin in the making of jams and jellies. However, natural healers, herbalists, and fitness experts use apple pectin when preparing colon cleanse products because it is a soluble fiber. Apple pectin has the ability to sweep out radioactive dust particles from the intestinal tract, and it was used extensively after the Chernobyl nuclear plant meltdown.

Apple pectin is a soluble dietary fiber source. The fibers in apple pectin help to balance the colon. In the digestive tract, apple pectin swells, forming a gel which acts like a broom to sweep the entire intestinal tract of waste material and body fat. In the large intestines, apple pectin breaks down into short chain fatty acids, which have positive pre-biotic benefits. Apple pectin is considered safe by the FAO/WHO Joint Expert Committee on Food Additives.

The Swiss Medical Weekly published a report in 2004 confirming that apple pectin was seen to reduce the 137Cs cesium uptake in Ukrainian children after the Chernobyl nuclear reactor disaster. A study led by V.B. Nesterenko at the Belrad Institute of Radiation Safety was performed to see if orally administered apple pectin was effective in binding 137Cs in the gut for food contaminated by radiation, or if eating "clean," non-contaminated food was enough. The study was a randomized, double-blind, placebo-controlled trial involving children from contaminated villages near the disaster area.

Radiation levels were measured at the beginning of the study and one month later. At the end of the trial, 137Cs cesium levels in children who were given apple pectin were reduced by 62%. Children who had received "clean" food and a placebo had reduced radiation levels by only 13.9%. The results were determined to be statistically significant.